秘密遣返：二戰後被背叛的中國海員/The secret deportations: how Britain betrayed the Chinese men who served the country in the war

A marble tablet in Liverpool for memorial of Chinese merchant seaman served in both World Wars. (Source: Internet)

The contributions of seamen were too often forgotten. During the Second World War, Chinese merchant seamen helped keep Britain fed, fueled and safe – and many gave their lives doing so. But from late 1945, hundreds of them who had settled in Liverpool suddenly disappeared. It was only decades later, with the declassification of official documents, discovered that Chinese seamen were forcibly rounding up, putting on boats and sending back to China in a compulsory repatriation. Those Seamen could no longer see their family again, and had been blamed for abandoning their wives and children. For more than seventy years, a large number of separated families have been kept in the dark, and there has been no government acknowledgment, no inquiry and no apology.

With the declassification of HO/213/926, and painstaking investigations by some of the seamen’s adult children, this harmful betrayal in British history would gradually come to light. On 19 October 1945, 13 men gathered in Whitehall for a secret meeting. It was chaired by a senior Home Office official, and he was joined by representatives of the Foreign Office, the Ministry of War Transport, and the Liverpool police and immigration inspectorate. After the meeting, the Home Office’s aliens department opened a new file, whose contents were not to be discussed or publicized. It was titled “Compulsory repatriation of undesirable Chinese seamen”.

利物浦的中國城是歐洲最古老的華人社區之一。(網上圖片)
Chinatown in Liverpool is one of the oldest Chinese communities in Europe. (Source: Internet)

Liverpool has the oldest Chinese community in Europe. At the root of this relationship was the shipping group whose cargo steamships connected Shanghai, Hong Kong and Liverpool. During the war, as many as 20,000 Chinese seamen worked in the shipping industry out of Liverpool. These low-paid seamen kept the British merchant navy afloat, and thus kept the people of Britain fueled and fed while the Nazis attempted to choke off the country’s supply lines. Working below deck in the engine rooms, they died in thousands on the perilous Atlantic run under heavy attack from German U-boats. They received less than half the basic wages of their British crewmates, nor were they paid the standard £10 a month “war risk” bonus. By the end of the war, the Home Office estimated that there were about 2,000 decommissioned Chinese seamen in Liverpool.

The country was devastated after the war – hundreds of thousands were dead, millions were homeless, unemployment and inflation were soaring. In Liverpool, the city council was desperate to free up housing for returning servicemen. At the Whitehall meeting, seamen of merchant navy were no longer described as war heroes, but were alleged that they had “caused a good deal of trouble to the police”. Now that the war had come to an end and Japanese troops in China had surrendered, the Chinese coast opened up again – allowing the British government to commence, in its own words, “the usual steps for getting rid of foreign seamen whose presence here is unwelcome”.

The secret repatriation campaign was not a usual, placid or cooperative affair. Written records suggest that it was conducted as a manhunt. The phrase “roundup” is used repeatedly in official correspondence. An immigration officers’ report announced that: “Two whole days were spent in an intensive search of approximately 150 Pool boarding-houses, private boarding houses and private houses.” By the summer of 1946, the Liverpool immigration inspectors were reporting that 1,362 “off-pay and other undesirable” Chinese seamen had been deported.

With the war over and work scarce, many of the men would have been more than ready to go home. But hundreds of Chinese seamen had met and married English women, had children and settled in Liverpool were deported too. The Chinese seamen’s families were never told what was happening. Most of the Chinese seamen’s British wives would go to their graves never knowing the truth, always believing their husbands had abandoned them.

“We were a blip. No big deal in Whitehall,” said a daughter of deported seaman. It was not until she was nearly 60 that she began to discover what had really become of her father. She started to contact more abandoned children to remember their fathers, though those memories are hazy and fragmented. She visited libraries and museums around the world, researched shipping documents and met those last surviving wives. She built website and published book helped to build a vivid picture of what had happened, to expose parts of this dark chapter in British history.

For many of the children, their early years were marked by poverty, racist abuse and stepfathers who were “bad in the drink”, to quote one of her interviewees. Another interviewee told that after his seaman father disappeared, his mother and stepfather emigrated to the US when he was 14. Leaving him in Liverpool with his grandmother, who died shortly afterwards, leaving him in the care of his older half-brother. “This country doesn’t know the damage it’s done to kids like me. I’ve never talked about compensation. I just want a bloody apology.”

秘密遣返：二戰後被背叛的中國海員/The secret deportations: how Britain betrayed the Chinese men who served the country in the war 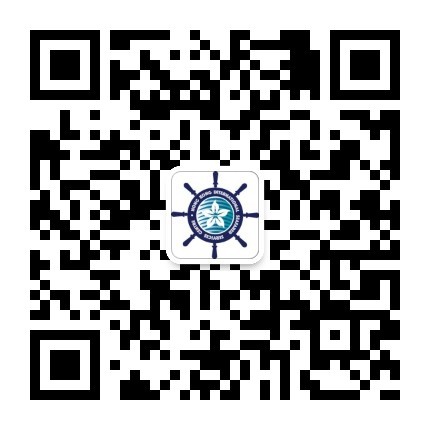